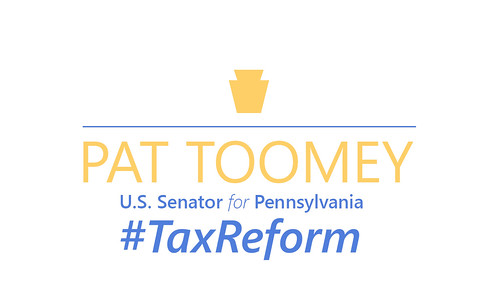 "I am elated that my colleagues and I have reached an agreement on a tax bill because it puts us one step closer to delivering both direct tax relief and a better economy to all Pennsylvanians.

"In just a few weeks, the vast majority of my constituents will get a pay raise because less of their hard-earned money will be going to Uncle Sam. Workers and employers will see a surge of new investment as this agreement takes the industrialized world's worst business tax code and makes it one of the best. At the beginning of this process, I promised that I would work hard in support of pro-growth principles that deliver a brighter economic future for Pennsylvanians and all Americans. I am thrilled that the conference bill achieves that goal.

"I thank Majority Leader McConnell, Speaker Ryan, Chairman Hatch, and Chairman Brady for their leadership throughout this process and I am optimistic the full Senate will approve this measure next week."

Read the full legislative text and the policy highlights of the Tax Cuts and Jobs Act.