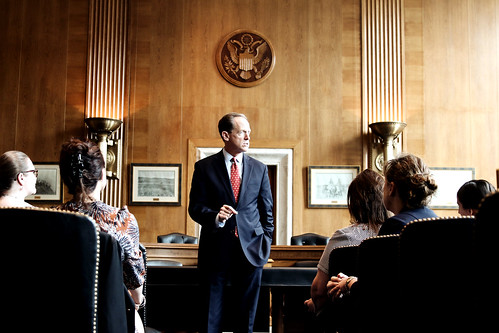 WASHINGTON, D.C. - U.S. Senators Bob Corker (R-Tenn.) and Pat Toomey (R-Pa.), members of the Senate Budget Committee, today announced a path forward on tax reform. The budget resolution would allow for a tax reduction, as scored on a static basis, over a 10-year period.

"I am strongly committed to pro-growth tax reform that will lead to more jobs and higher wages and was glad to work with Chairman Enzi and Senator Toomey at the request of Senate leadership to reach an agreement that will allow the committees of jurisdiction to begin their work to craft this important legislation," said Corker. "While each member of the caucus will have to make their own decision, I believe our agreement gives the tax writing committees enough headroom to achieve real tax reform that eliminates loopholes and lowers tax rates for hardworking Americans. I will be watching closely as the tax reform legislation is drafted, and ultimately, my support will be contingent on a final package that generates significant economic growth and does not worsen but hopefully improves our fiscal situation."

"I am confident the budget agreement I have reached with Chairman Enzi and Senator Corker will give the Finance Committee the headroom needed to write a pro-growth tax plan that reforms the code, causes the economy to surge, and ultimately results in reduced federal budget deficits," said Toomey.